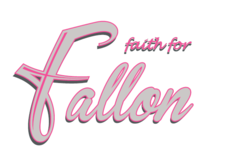 At the follow up ultrasound, it was determined the baby had severe anemia.  Initially, doctors thought a virus was to blame, and a single blood transfusion would fix the issue.  Katie went to St. Mary's in St. Louis for the transfusion and was sent home to rest.

During a follow up visit, the doctor found the baby's condition did not improve.  The baby was again severely anemic.  Kevin and Katie were devastated and left without answers.  During the remainder of Katie's pregnancy, the baby was monitored every few days and would go on to receive 4 in utero transfusions.  All the while, no answers were uncovered.

The doctors decided to induce 4 weeks early hoping to find the root cause of the chronic anemia.  Fallon made her grand entrance into the world on May 21, 2014.  She spent 11 days in the NICU due to a collapsed lung from early induction (unrelated to the anemia) and feeding issues.  The lung healed, and she started eating, so Kevin, Katie, and Fallon went home with hopes of putting the anemia behind them.

Fallon was monitored closely through weekly blood tests, and unfortunately, her anemia returned.  In addition to the anemia, Fallon began to have GI problems.  She refused bottles and had to undergo surgery for a GI button because she was not gaining weight.

Over the course of the last 9 months, Fallon has received 18 blood transfusions and has spent more than 4 months in the hospital.  She continued to have the anemia, poor feeding, GI issues, and high fevers without explanation.

On January 30, 2015, Kevin and Katie received the official diagnosis - SIFD Syndrome.  SIFD syndrome is a genetic disorder that has been diagnosed less than 15 times worldwide.  It is characterized by sideroblastic anemia, immunodeficiency, febrile episodes, and development delay.

Additional information on SIFD can be found at link below:
http://www.ncbi.nlm.nih.gov/pmc/articles/PMC3761334/

On Christmas 2013, Kevin and Katie excitedly wrapped a big box of balloons to announce the gender of their first baby - pink or blue? As they opened the box, we held our breath in anticipation.  PINK!!!  A baby girl was on her way.

In January, Katie went to the doctor for a routine ultrasound.  To this point, her pregnancy had been without complication, so the news came as a shock.  The baby had hydrops fetalis (fluid on the abdomen).  A more extensive ultrasound was scheduled for later that week to determine the cause and path forward. 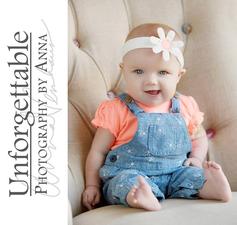